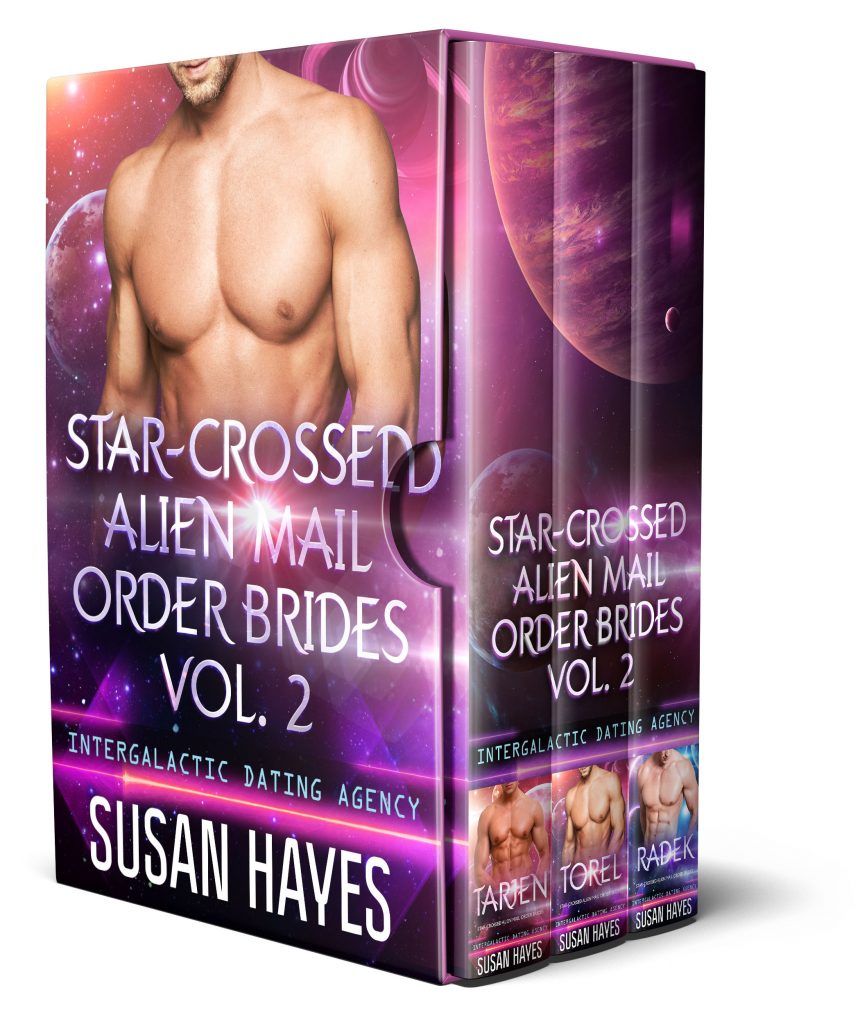 This collection includes Books 4-6 of the Star-Crossed Alien Mail Order Brides series: Tarjen, Torel, and Radek. Join these three alien males as they go in search of love on the far side of the galaxy, on a primitive planet the resident lifeforms call Earth.

This book contains a single mother who doesn’t believe in happy endings, and a royal bodyguard who does everything by the book – until the universe blows up the book, his plans, and part of a city block.

Torel is the best medical officer in the Pyrosian fleet, but being the best comes with a cost. When the queen orders him to apply to Star-Crossed Dating, he’s relieved when there’s no match for him among the human females of Earth. He doesn’t have time for that kind of distraction.

This book contains a widow determined to never fall in love again, and a doctor who is about to discover that when it comes to the heart, he’s still got a lot to learn.

Radek is a prince with a problem. He wants to see the galaxy, but an ancient law forbids any member of the Romaki Dragon Clans from ever leaving their planet. So, what’s a Romaki Snow dragon to do? Defy the law, hop a ride with a friend, and head for the far side of the galaxy, that’s what.

This book contains a sassy chef whose dreams just went up in flames, and a runaway prince who came to Earth looking for answers - and found his destiny instead.