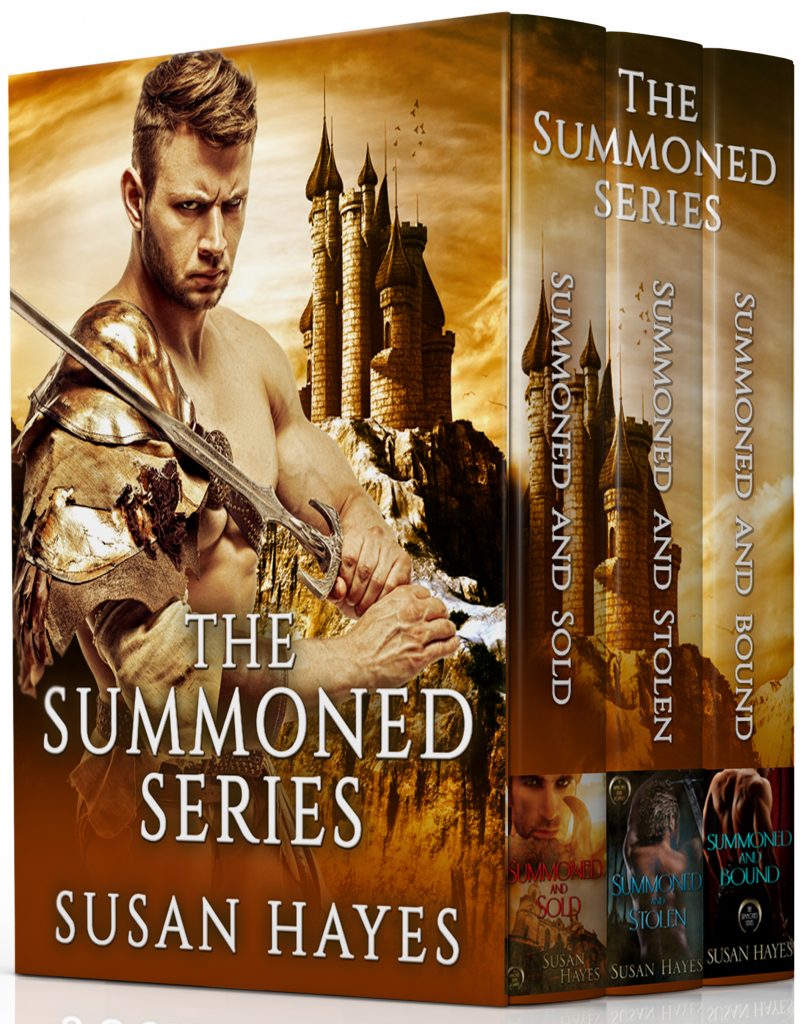 Part of the Summoned series:

Three sizzling stories of magic, shapeshifters, and lovers bound by a destiny that will not be denied.

Summoned into slavery, but unchained by love...

Torn from her world and enslaved by magic, Vela’s fate is to be sold to a king who plans to breed her shifter traits into his family bloodline.

Torin is heir to a madman’s throne, forced to watch as his father’s depravity pushes the kingdom to the brink of chaos.

One look at Vela & Torin knows he’ll do anything to keep her, but how can she ever learn to love a man she is forced to call master?

Enslaved by magic and taken as a prize of war, Lily finds herself at the mercy of a cruel new master.

When the man who hired Kel to win a war breaks their contract, the mercenary takes a pretty fae pleasure slave as payment instead.

Vamir Halmar is the Commander of the last Company of Guardians. When a summoning spell targets the wrong man and drops Vamir into the enemy’s hands, he discovers his salvation in the form of Gwyneth Annaren, a beautiful slave with quicksilver eyes and the heart of a warrior.