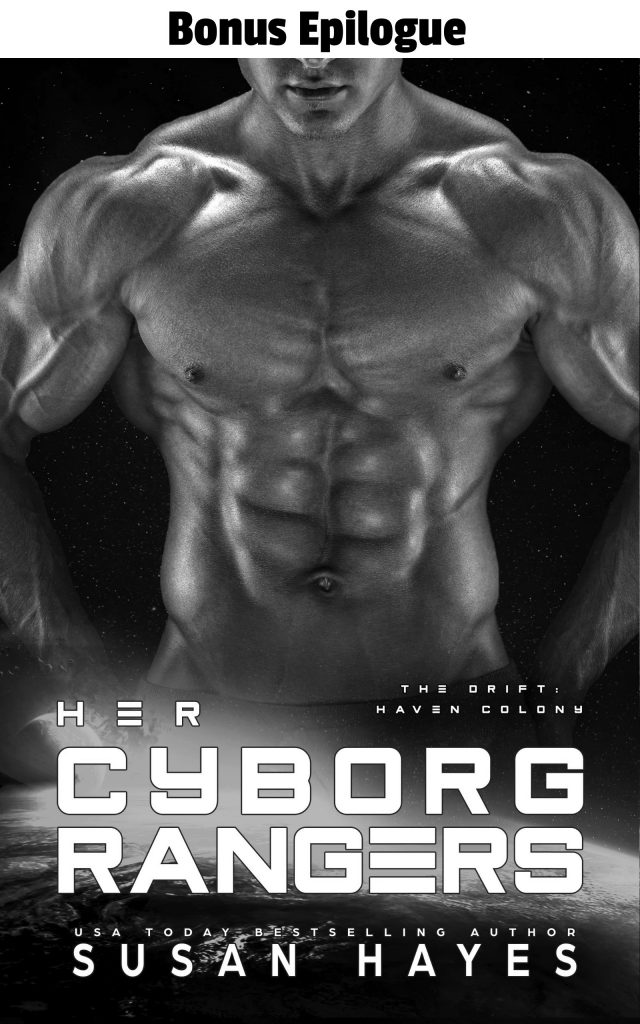 Part of the The Drift: Haven Colony Bonus Content series:

“Chook, chook, chook.” Jade called to the hens as she approached the coop with a bowl of fresh kitchen scraps in her hands.

If someone had tried to convince her a year ago that her future life would involve living in a log cabin and tending to a half-dozen clucking, fussing featherheads whose only job was to lay eggs and scratch at the turf, she’d have called them crazy.

Crazy or not, she loved everything about her new life, including Fluffy, Muffy, Tuffy, Buffy, Scruffy, and Squawk. The hens rushed over to the fence at her call, clucking and carrying on like they’d been starved for days.

“Silly girls, I know you’ve got a full feeder in the coop. I just topped it up this morning.” She tossed the scraps into the pen and watched in amusement at the chicken’s antics as they fought for what they deemed the choicest bits.

Caring for animals was a new experience for her, and she enjoyed it more than she expected. When her boyfriends had first broached the idea, she’d been less than enthusiastic. It hadn’t been until they’d arranged for her to visit Axe’s home and see his chickens that she warmed to the idea. It was the only time she’d ever witnessed the guarded and brooding cyborg speak more than a few words, and his affection for the animals was obvious. After that, she’d agreed to the idea.

Once the birds were fed, Jade walked around to the nesting boxes and indulged in her favorite part of the day—checking for fresh eggs. She gently lifted the three she found out of their nests and placed them in the bowl she still carried.

“Thank you, ladies,” she called to the hens. Then she secured the boxes and did one last walk around the enclosure, ensuring everything was locked up tight. The local predators had all taken an interest in the coop and its tasty contents, but so far, none of them had found a way inside. She wanted to keep it that way.

On her way back from feeding the hens, she stopped to check on the small herb garden they’d started. Sarla and Anya had given them the seedlings from the garden on the roof of the Bar None. Maybe by the time the plants were ready to harvest, she’d have some idea what to do with them. Cooking wasn’t one of her skills, though she was trying to correct that.

“It’s entirely unfair that cyborgs can just upload data and poof! They know how to do something while us mere mortals have to learn it the hard way,” she grumbled, and glanced toward the kitchen door. She should probably head inside and check on tonight’s meal, but it was a beautiful summer evening. Instead of worrying about dinner, she raised her face to the sky and let the sun warm her face. A breeze swirled around her, the air scented by the herbs and soil surrounding her. Her bare feet sank into the soft grass as the sounds of home filled her ears. The cluck of the hens in the foreground with the creak of branches and the rustling of leaves in the background. It was almost perfect.

Then she heard footsteps. They were home.

She turned toward the noise and smiled as Wreckage and Ruin walked out of the woods. Ruin had been out on patrol for several days, and this morning, Wreckage had gone out to meet him on his way back. It was the longest she’d been apart from one of them since moving in and she was happy to have her family back together again.

“Welcome home!” she called. Then she set down the eggs and raced toward them, arms open wide.

Ruin jogged out to meet her, lifting her off the ground and swinging her around in a circle. The skirt of her summer dress flared out around her bare legs as he spun her. Then she was in his arms, his mouth slanting over hers in a hungry kiss.

It was several long, glorious moments before he lifted his head to smile down at her. “Hello, little goddess. I missed you.”

“I missed you, too.” She stroked his bearded cheek. “All’s well out there?”

“All is well. Did Wreckage keep you safe and satisfied while I was gone?”

Wreckage rolled his eyes and slapped Ruin hard on the back. “Seriously? You’ve been home for thirty seconds and you’re already casting dispersions on my abilities?” Wreckage glanced at her. “Sweetling, you don’t have any complaints. Do you?”

She laughed. “None at all. But you know I’m greedy. I’m happiest when I have you both with me.”

Ruin set her down as Wreckage moved in behind her, sandwiching her between them. She loved it when they did that, and they both knew it.

“We like your kind of greedy,” Wreckage said, his voice a low rumble she could feel as well as hear. When she turned her head, he captured her lips in a kiss that made her toes curl.

Ruin opened his mouth to say something, but instead, his head snapped up in alarm. “What’s burning?”

“Noth—oh fraxx. Dinner!” She wriggled out from between them and sprinted for the house. By the time she reached it, the first wisps of smoke were visible and the smell of burnt food hung thick in the air.

She swore non-stop as she turned off the oven and then opened the door. What had been a baked pasta dish was now a charred and smoking ruin.

“You tried to cook?” Wreckage asked from the doorway. He was grinning from ear to ear.

“Tried being the operative word. Dammit, I thought I had it set for low heat.”

“It’s concerning to know our resident computer wizard can’t operate an oven,” Ruin said in a smug tone from somewhere behind Wreckage.

Jade stuck out her tongue at them. “Says the cyborg who is part machine and still had trouble cooking until he cheated and basically uploaded an entirely library on the subject.”

Ruin conceded with a sigh and a wave of his hand.

Jade whooped. “That’s ten for me! Which means I get to choose our next activity, and you two are buying the drinks.”

“The first drink,” Ruin reminded her. He pushed past Wreckage to enter the kitchen and went to open the windows to help air out the room.

“Let me guess. You want to go to the Bar None?” Wreckage asked.

“Nope.” She gestured around the kitchen, which was still in a state of chaos after her attempt at cooking. “I want you two to help me clean up this mess. Then we can go anywhere you like for dinner and drinks.”

“I think I liked it better when it was only the two of us playing this game,” Ruin grumbled, but he smiled as he said it.

Her two cyborgs exchanged a look and a nod. “We’ve decided what’s for dinner,” Wreckage announced.

“Where are we going?” she asked.

Wreckage winked at her. “The only thing on tonight’s menu is you.”

“That sounds perfect, but we better get started. I don’t know about you two, but I’m starving.”

Wreckage tugged her into his arms, one hand landing firmly on her ass. “So are we, sweetling. So are we.”