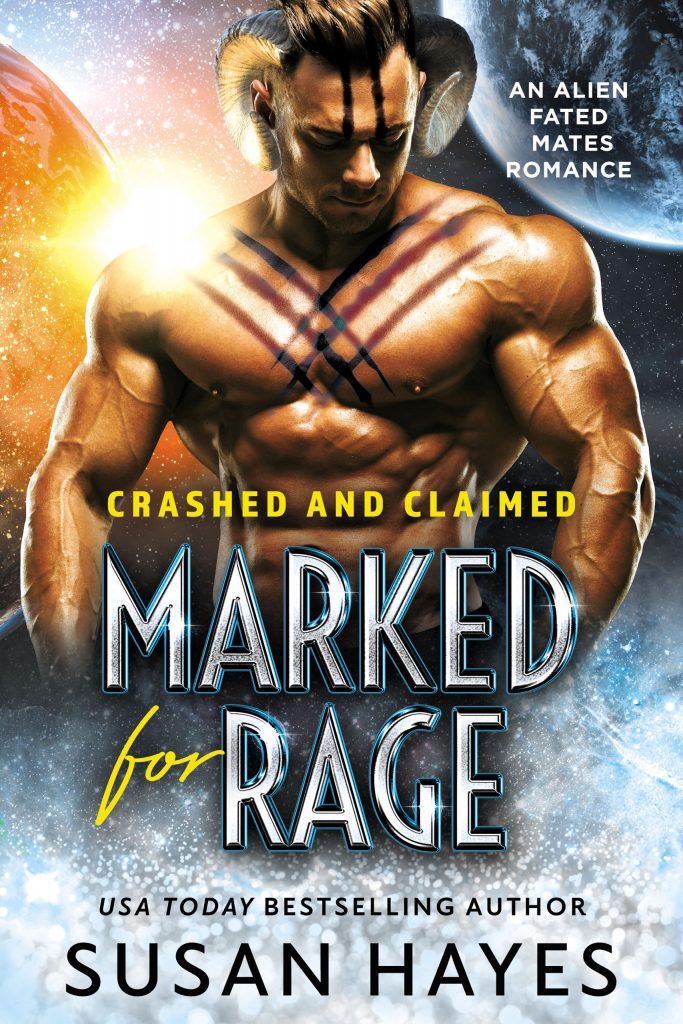 Part of the Crashed and Claimed series:

A Prequel to the Crashed and Claimed Series

It was supposed to be a delivery run… How did it turn into a prison break?

All Mercy had to do was deliver her cargo and go. Now she’s got a bunch of irate aliens on her tail and a hot-as-Helios escaped prisoner in her cargo bay who insists she is his. She’s too old for this crap, and she keeps telling herself she’s too old for him, too. But his arguments and his… assets are very convincing.

If they’re going to survive this intergalactic crisis, she’s going to need a plan… and her hot, horned and handsome alien passenger is going to need some clothes.

**Buckle up. This sci-fi romance contains an alien with fur, fangs, horns, and a very possessive attitude when it comes to the woman he’s claimed for his own.