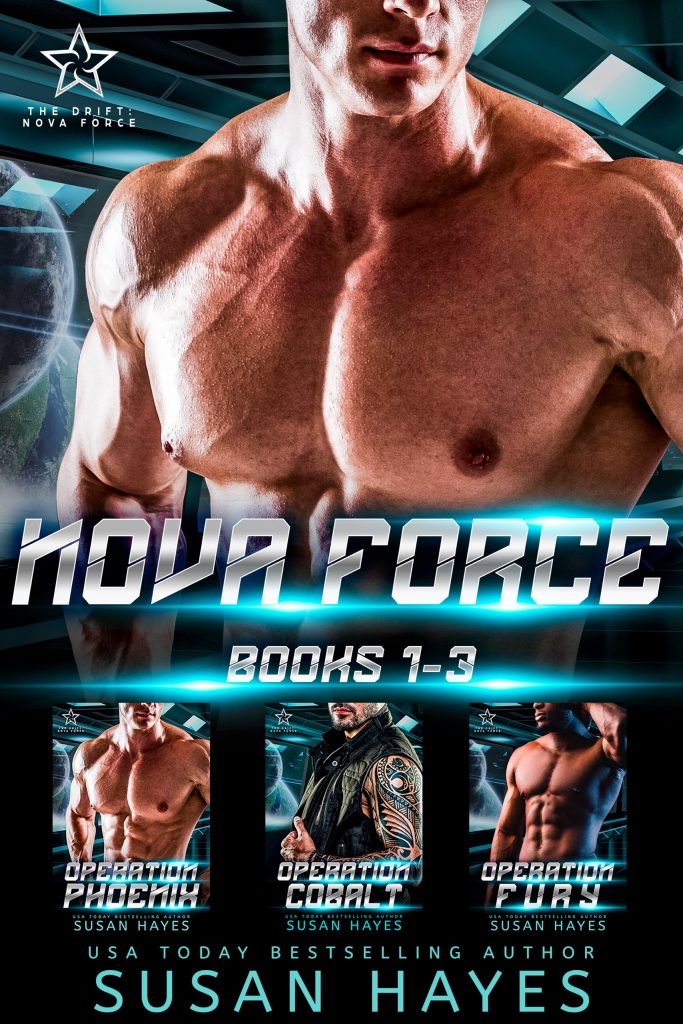 She was the love of his life. Walking away was supposed to keep her safe…

Dax’s greatest regret is leaving the woman he loved. His only other regret – not being able to tell her how her brother died.  Now, he lives by one rule: mission first.

When Trinity re-appears as a suspect in his investigation, he must make a hard choice. Duty, or baring his soul to the woman he could never forget?

Protecting the doctor was part of his mission…falling in love with her wasn’t.

Dante’s assignment should have been simple. Sneak onto a corporate controlled planet and find a missing medical team. Simple goes out the airlock when a beautiful woman charges headlong into his life. She’s one of the missing doctors, and the sexiest woman he’s ever seen. Keeping her alive won’t be easy. Keeping his distance will be even harder.

He broke the law to find her… and that was the easy part.

Eric made a promise, and he intends to keep it. But freeing Nyx was supposed to bring him closure, not introduce him to the woman of his dreams. She’s beautiful, damaged, dangerous, and he’ll do whatever it takes to protect her from any threat, including herself.